Richard “Bo” Sharp, Esq. is a founding member of the law firm of Mallard & Sharp, P.A. He manages the firm’s litigation division and he tries both State and Federal Cases in Florida. Sharp represents the victims of medical malpractice and focuses on cases that result in birth-related injuries including Hypoxic Ischemic Encephalopathy (HIE), Cerebral Palsy (CP), and other forms of brain injury and organ failure that can be caused by medical negligence.

Richard “Bo” Sharp was lead Counsel for a $33.8 Million Dollar verdict that was the Largest Medical Malpractice Verdict in the State of Florida in 2017 in the case of MARLA DIXON, EARL REESE-THORNTON, and ER v. The United States of America, of E.R., a minor, Case No.: 1:15-cv- 23502. The case involved a doctor who lied and changed medical records after he failed to perform an emergency C-section to deliver plaintiff E.R. when the doctor was on his cell phone with his stock broker. THE CASE WAS TURNED DOWN BY OTHER ATTORNEYS before Mallard & Sharp, P.A. became involved. Read the Miami Herald Article.

Richard 'Bo' Sharp was lead Counsel for a $33.8 Million dollar verdict that was the Largest Medical Malpractice Verdict in the State of Florida in 2017

– The Largest Medical Malpractice Verdict Ever Recovered In Miami-Dade County

– Largest Medical Malpractice Verdict in the State of Florida in 2017

– Largest Birth Trauma Settlement with the Federal Government in Florida

– The Largest FTCA Medical Malpractice Verdict Ever Recovered In Florida

Outside the practice of law, Sharp spends his free time with his wife Cris and their sons Hunter and Santiago. He also coaches youth baseball teams in Miami.

Environmentally conscious, Sharp also spends his off time in the Everglades, serving as a “contract python hunter” with the goal of removing this invasive species that has decimated the small mammal population of the Southern Everglades. In the Summer of 2022 Sharp also caught the 3rd largest python ever caught in the Everglades at 17 feet, 7 inches. 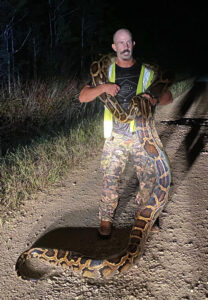 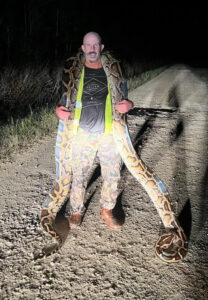 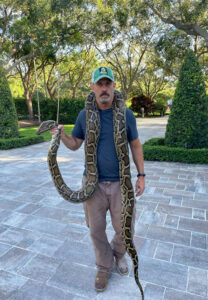 U.S. District Court of the Southern District of Florida

U.S. District Court of the Middle District of Florida

vital help for your case

See All Areas of Practice