How To Help Your Med Mal Verdict Survive an Appeal

How To Help Your Med Mal Verdict Survive an Appeal

Posted by mslaw
in M&S In The News, Medical Malpractice, Medical Negligence 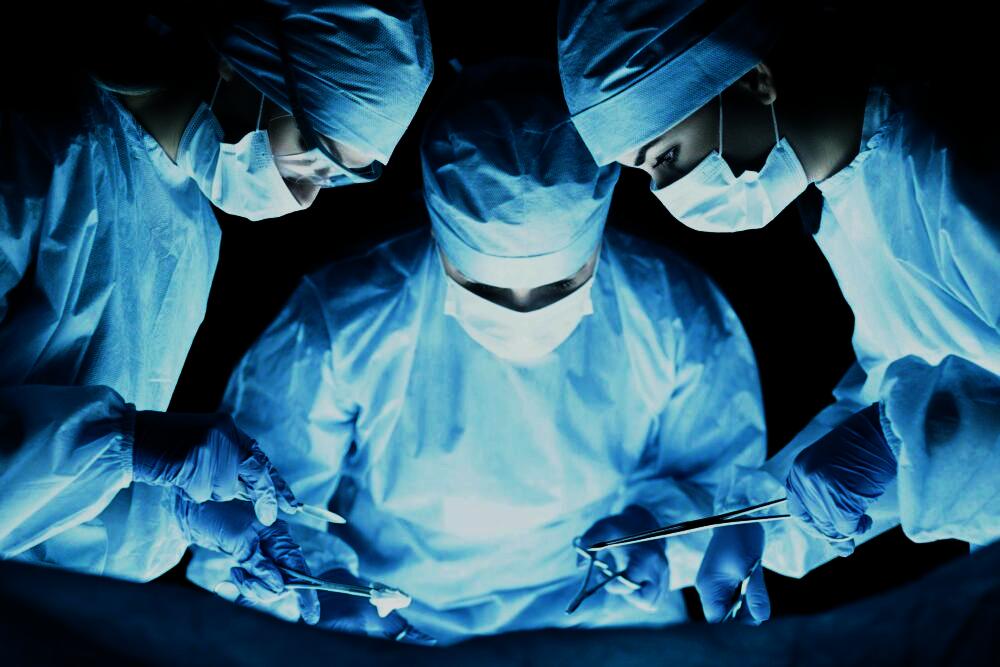 By Y. Peter Kang Law360, Los Angeles (May 16, 2017, 9:28 PM EDT) — Attorneys for med mal plaintiffs who win a jury or bench verdict can steel themselves for a likely appeal by being acutely aware of disputes over evidence and jury instructions and laying the groundwork before, during and after the trial to ward off those challenges.

There are two schools of thought on how to deal with the potential for appeals amid a trial, according to Patrick Salvi Jr. of Salvi Schostok & Pritchard PC in Chicago. He said some attorneys will say win the trial first and worry about the appeal later, while others say you shouldn’t jeopardize the verdict by going to trial with questionable testimony or other evidence that might create an appealable issue later.

“The correct answer is probably somewhere in the middle,” he said. “If you’re too worried about the appeal and don’t pursue favorable evidence out of fear of creating an appealable issue then you may have compromised your clients’ likelihood of winning the trial. But certainly, there are things that you can do. If you do your research in the way you conduct discovery and the trial has a sound legal basis, then you’re off to a good start in the appeal.”

Here are five key things to keep in mind at trial time.

Motions in limine, which are filed before the trial to try to exclude the other side’s evidence, are important not only to preclude evidence but also to give the judge advance warning about what kinds of things might be troublesome at trial, according to Anthony Baratta of Baratta Russell & Baratta.

“When you’re in the heat of battle, [certain evidence] can inadvertently get in,” he said. “Get them litigated at the start to avoid a fight at trial for the potential admission of information that could hurt you down the line. An extensive motions in limine practice helps keep out the bad stuff and make sure the good stuff gets in.”

Trial judges are human, said Salvi, and can sometimes incorrectly allow evidence during the trial that they might not have during pretrial conferences where they have more time to conduct research to make a decision.

“At trial, it’s a snap decision during a short sidebar,” he said. “If you haven’t addressed the key issues during motions in limine, then you’re at greater risk of allowing an error to occur at trial.”

Once potential appellate issues crop up during a med mal trial, it’s crucial to fully develop the case record, since an underdeveloped record could preclude an appellate court from even considering them, attorneys say.

“There are a lot of things that occur during a trial that can easily slip the formal indication on the record of what you’re trying to accomplish,” Baratta said.

Attorneys recommended methods such as making timely objections, ordering daily transcripts and having a capable second chair to preserve the record for any topic that may be an appealable issue.

Bloom recommended buying the daily trial transcripts and reading them each night to make sure arguments regarding key issues are on the record.

“If you didn’t object at the time, you have to make sure what you have is preserved,” he said.

However, other attorneys said that might be a luxury given time constraints, expenses and various states’ court rules regarding the timing of objections.

Regan Safier of Kline & Specter PC, who helped reap a record $41.6 million verdict in an infant brain damage case in April, said making sure your objections are recorded for posterity is one of a plaintiffs attorney’s most important tasks.

Don’t Get Carried Away at Closing

Plaintiffs lawyers sometimes get caught up in the heat of the moment during closing arguments, but inflammatory statements run the risk of torpedoing a successful med mal case on appeal. Jeffrey Bloom of Gair Gair Conason Rubinowitz Bloom Hershenhorn Steigman & Mackauf in New York said certain types of statements are strictly forbidden in some jurisdictions, so one must be aware of what is appropriate in the current venue.

“You have to be aware of the rules and know the law. You can’t get up in New York and ask, ‘How much is that pain worth?’ New York doesn’t allow that kind of approach. You can’t get up and call a doctor a liar — that is language that warrants a mistrial in most jurisdictions,” he said. “You may have tried a perfect case, but if you use inflammatory words at summation you are running the risk of losing the verdict.”

Baratta said the most important and arguably most difficult thing to do at trial is to remain calm throughout, particularly during cross-examinations.

“You’re living with the [case] for years and you’re so passionate about what you believe to be true that you get caught up in the moment and fail to remain calm,” he said. “A lawyer has to be a teacher, and I think jurors are turned off by inflammatory arguments. The person who remains in control is the person who is always perceived as most credible, and your goal as an attorney is for the jury to find you credible.”

However, Salvi said a successful trial lawyer will push the envelope in closing, by researching cases that aren’t their own and keeping up to date on what constitutes an appropriate closing argument.

He said that in Illinois, a plaintiffs attorney can’t tell a jury to “send a message” with their verdict but can offer a “call to action” by asking the jury to declare what the proper standard of care is in the community and what patients demand.

“There is a gray area, but a good lawyer will know where the lines are,” he said. “If you’re sloppy and cross the line in the heat of the moment, then you have done a great disservice to your client.”

In a med mal jury trial, the instructions the judge gives to the panel are often fertile ground for appellate issues, as they are often difficult to get absolutely right. Therefore, attorneys should scrutinize jury instructions and balance what will most benefit their side with keeping in accordance with the law.

“You need to make sure the jury instructions are adequate and appropriate and thoroughly vetted before the charge conference and the judge reads them to the jury exactly as written,” Safier said.

She said she has seen judges inadvertently omit a charge, so one must take steps to ensure that doesn’t happen.

“Often the judge will ask at sidebar if we covered everything, then you can tell him if he forgot a charge,” she said.

Salvi said knowing when to fight over jury instructions is a delicate affair that he approaches case by case.

“A great trial lawyer is both prepared and knows what is reversible error on jury instructions and knows when to fight and when to let it go because it’s not likely to affect the verdict,” he said.

Bloom said New York, for instance, has pattern jury instructions, so if a case requires special instructions, the attorney must ensure that the request is documented.

“If there is something unique to your case, you want to make sure you ask it on paper with your motion and memorandum marked as a court exhibit so it can be preserved for the record,” he said.

In cases where an appeal is likely and the potential award justifies the cost, hiring an outside appellate specialist when the trial starts or even as early as summary judgment could make the difference down the road, according to med mal attorney Richard “Bo” Sharp of Mallard & Sharp PA, who last month helped a client win a $33.8 million bench verdict in an infant med mal brain damage case.

“You have an extra set of eyes watching the arguments and the evidence coming in, and they’re watching the case from an appellate standpoint instead of a trial standpoint,” he said. “They are able to foresee appellate issues that may arise and prevent you from falling into the traps that can be set during trial.”

Safier said her firm consults its in-house appellate specialist during motions practice as well as throughout the trial to help ferret out potential appellate issues as well as create and preserve the record.

Salvi said his firm usually doesn’t consult with an appellate specialist during the trial, but he will if it’s a tricky case where it’s economically feasible to bring in their go-to appellate counsel, Robert Black.

“The earlier you get the appellate lawyer involved the more costly it will be, so you have to make a decision on a case-by-case basis,” he said. “You’re not going to spend $100,000 on experts when the case is only worth $100,000, and the same goes for appellate counsel. You wouldn’t bring on appellate counsel unless it makes sense, but frequently it does.”