Posted by mslaw
in M&S In The News, Medical Malpractice, Medical Negligence 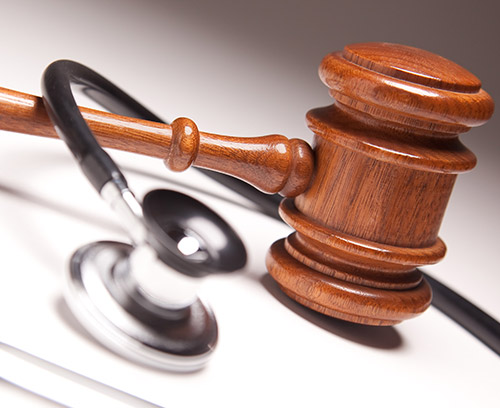 By Y. Peter Kang Law360 (May 17, 2019, 8:05 PM EDT) — A recently floated Military Medical Malpractice bill that would allow active-duty military members to sue the federal government for medical malpractice is an encouraging first step in providing justice for victims who are barred from filing such cases because of a 70-year-old U.S. Supreme Court precedent, experts said.

Led by U.S. Rep. Jackie Speier, D-Calif., House lawmakers introduced bipartisan legislation on April 30 that would carve out a medical malpractice exception under the Federal Tort Claims Act, which specifically bars military members’ claims for injuries or deaths “incident to” their service. The bill’s co-sponsors are six Republicans and four Democrats.

If H.R. 2422 is enacted, medical malpractice claims against the U.S. Department of Defense would not be prohibited by the so-called Feres doctrine stemming from the Supreme Court’s 1950 ruling in Feres v. U.S. , which held that the government’s sovereign immunity under the FTCA extends to tort claims that involve injuries to, or the death of, service members that either arise from, or are “incident to,” military service.

“The Feres doctrine is a travesty,” Speier, chair of the House Armed Services Military Personnel Subcommittee, said when she introduced her legislation. “It denies service members who put their lives on the line for this country the same access to the justice system enjoyed by service members’ spouses, other federal employees, and even prisoners.”

Some courts have shown unease with the precedent as well.

The Feres doctrine was cited last year by the Ninth Circuit when it refused to revive a widower’s suit over his Navy officer wife’s death after she gave birth at a military hospital — the same hospital where she worked as a labor and delivery nurse — due to alleged malpractice. The federal appeals court said it was “regretfully” bound by the Feres doctrine.

“If ever there were a case to carve out an exception to the Feres doctrine, this is it,” the court said in May 2018. “But only the Supreme Court has the tools to do so.”

The widower, Walter Daniel, lodged a Supreme Court appeal the following October, but the justices have yet to make a decision on whether to review the case.

H.R. 2422, the Sergeant First Class Richard Stayskal Military Medical Accountability Act of 2019, is named after a Green Beret who has been denied the right to sue over military doctors’ alleged misdiagnosis of his now-terminal lung cancer.

In a statement sent Friday, Speier told Law360 that she liked the bill’s chances of approval.

“I am encouraged by the broad bipartisan agreement that we must end this injustice and optimistic that we will pass a legislative fix this year,” she said. “Congress has a duty to ensure that our military members are treated with the same honor and care that they demonstrate in their service to our country.”

The new legislation is the first time Congress has taken steps to address the long-standing Feres doctrine, according to Sean Cronin, a Florida-based attorney and former Navy aviator who specializes in military medical malpractice cases.

“I think the bill is fantastic and should’ve been passed a long time ago,” he said. “I’m a retired Navy commander with 20 years of experience and can tell you that my treatment in a Navy hospital had nothing to do with my job as a Navy pilot. It’s a straw man argument. It’s fake.”

Cronin has lodged two Supreme Court appeals in the hope of upending the Feres doctrine, both to no avail. In one case, Hafterson v. U.S., a 21-year-old Navy service member died after Naval Hospital Jacksonville doctors allegedly bungled his medication and failed to take appropriate life-saving measures.

Cronin said he took on the cases despite knowing they had little chance of success due to the Feres doctrine.

“Every year, I review significant cases of malpractice against active-duty service members that we aren’t able to do anything with [because of the Feres doctrine] and it’s a horrible injustice,” he said. “These are the people we are supposed to be protecting the most.”

However, Cronin expressed skepticism regarding the bill’s odds for approval, saying it might be hard to get it past the Senate, which is controlled by tort reform-friendly Republicans.

“I’m hopeful that even if it doesn’t get passed now, those who are bringing it will keep at it until it gets passed,” he said. “If anything is constant about U.S. politics it’s that it’s always changing, so it’s a very positive first step, and if we have the right people in power, it’ll get passed and bring justice to a very small community of people who are harmed.”

But other attorneys said the bill has a more than 50% chance of approval, given its bipartisan support and the fact that it would directly benefit soldiers and their families.

“In this political climate, anything that gets bipartisan support will get an extra look,” said New York-based medical malpractice attorney Scott Duquin of HoganWillig PLLC. “And it’s politically popular to support troops. Both Republicans and Democrats are doing that and even [President Donald] Trump does that. … The bill has a shot because supporting the troops and the military is a politically and socially popular thing right now.”

Dru Brenner-Beck, a retired U.S. Army judge advocate and president of the National Institute of Military Justice, agreed with the idea that bipartisan support bodes well for the bill’s fate.

“Anytime you get Congress to enter into a bipartisan bill, it’s a positive step,” she said.

Brenner-Beck said it’s likely that the co-sponsors of the bill have constituents who have reached out asking them to create a medical malpractice exception to the Feres doctrine.

“These cases are often sad and tragic and there’s really no impact on military readiness, which is one of the predicates of the Feres doctrine,” she said. “I’m sure the thing that is motivating Congress is the absolutely tragic consequences, which often extend beyond the soldiers themselves to their children.”

For its part, the federal government argues that if service members are allowed to sue for medical malpractice, the increase in liability exposure would drain financial resources already allocated for retirees and dependents. It also says service members or their heirs are entitled to “generous” no-fault benefits in the event of injury or death suffered during the course of medical treatment.

“One would have expected Congress to adjust those benefits to the tort recovery available in an FTCA suit if it had intended the FTCA to allow such suits,” the government said in a Supreme Court filing in the Daniel case. “Congress did not do so.”

But Cronin said military death benefits are just a fraction of what a wrongful death case is worth in court, putting families in the lurch when the primary breadwinner dies due to alleged malpractice.

“Oftentimes that money is used to help support the family that is left behind,” he said.

“Because a member of our military force definitely deserves the right to have their malpractice claim heard in court, I think it stands a better chance than if it had been a different type of plaintiff,” he said. “The plaintiff is clearly a hero, and when such a tragedy happens, to have no recourse is shocking.”