Posted by mslaw
in M&S In The News, Trucking Accidents 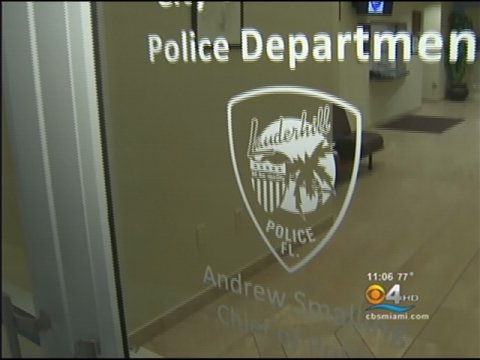 MIAMI (CBSMiami) – The Lauderhill family of a man who died in a tow truck accident after a confrontation with a tow truck operator is preparing to send his body back to his homeland.

Elias Konwufine, 38, will be buried in his native country of Cameroon, according to his wife.

Until last week she and her husband were living the American dream. Elias Konwufine received his doctorate at Nova Southeastern University and was working as an associate dean at Fort Lauderdale’s Keiser University.

“Education was his passion.  I don’t have words to describe it.  He was happy always going to work and helping his students,” remembered Francisca Konwufine.

The couple met in Africa and was married in 2000.  They had three children together.

“He was a loving father who took care of his kids,” said Konwufine.

Last Wednesday, a tutor for one of the children who has autism, was parked in front of his home next to the couple’s other car.

When Elias came home he parked on the swale before the tow truck accident.

The homeowner’s association hired tow truck company sent a driver to remove the car. When a neighbor knocked on the door to tell him, Elias Konwufine rushed outside.

What happened next is in dispute.

Police are interviewing witnesses but say somehow while attempting to stop the driver from removing his car, Konwufine fell and was run over by his own vehicle.

“After our investigation is complete we will take the information to the State Attorney’s Office and they will determine if there are any criminal charges,” due to the tow truck accident said Captain Rick Rocco of the Lauderhill Police Department.

The tow truck had a warning on the side that said, “Entering this truck could be hazardous to your health. We carry a stun gun, taser, and cattle prod.”

Some who live in the Sienna Greens development say the tow truck company had a history of harassing car owners.

“It was systemic; it’s been going for years.  The behavior of the towing company was predatory,” says Richard Sharp a civil attorney the family has hired.

The phone number on the tow truck comes back to a home in Southwest Ranches.

No one answered at the house, and a woman hung up every time CBS4 called.

Francisca Konwufine said she can’t imagine what her life will be like now.

“I’m only 32 with three kids, and I always depended on him,” said Konwufine.